Drink like a Pirate in Paradise Island, Bahamas: The History of Rum 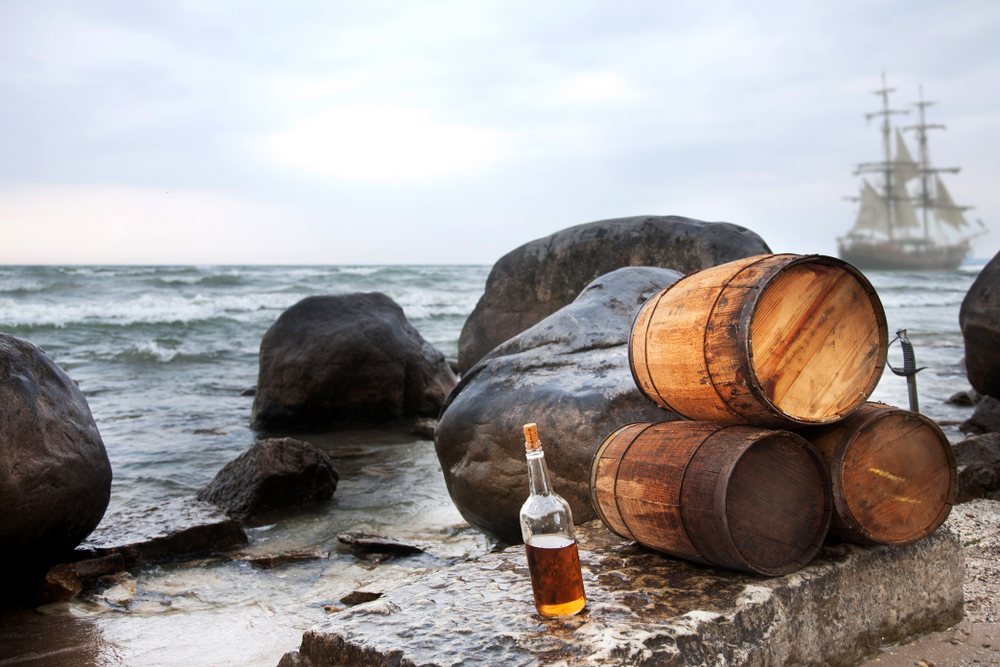 09 Mar Drink like a Pirate in Paradise Island, Bahamas: The History of Rum

During your stay at our Paradise Island resort, we encourage you to soak up the sunshine, the beautiful views, and, of course, the rum! If there’s one thing anyone knows about the Bahamas, it’s that it’s surrounded by a large history of rum. From “The Golden Age of Piracy” to being one of the largest producers of rum in the world, you’ll find no shortage of the spirit in Paradise Island, Bahamas. During your stay at Paradise Island Beach Club, you’ll be able to use our cabana service, which is available every day, and order up a pina colada, frozen daiquiri, fun mojito or a classic rum and coke! Before exploring the local Bahamas attractions associated with pirates, we suggest taking a little time to learn about the history of the rum to the region and how it came to be what it is today.

The History of Rum and the Bahamas

If you’ve ever wondered how rum came to be, you’ll come to find that it dates back to the 1600s when it was understood that molasses could be transformed and fermented into alcohol. While the quality of rum has improved immensely over the years, it was eventually brought and introduced to America by sailors from the region. Perhaps you may be wondering why rum is often associated with pirates, as seen in movies like the Pirates of the Caribbean. The now easily toured Bahamas attractions were once full of hustling pirate activity during something called “The Golden Age of Piracy,” which you can learn more about at the Pirates of Nassau Museum.

During this period, the pirates would take long voyages, and the ships’ casks that held their water began to grow algae, spoiling their drinking water quickly. This is where rum came into play. By adding rum into the casks, it would act as a preservative and prevent things such as slime from overgrowing in the water. The pirates started adding lemon juice and sugar to their watered-down rum and referred to it as grog. It’s assumed that the term “grog” came from the British Admiral Vernon, who wore a grogram fabric cloak and went by the nickname “Old Grog.”

Today you can take a tour at the John Watling’s Distillery to learn more about the history of rum in Paradise Island, Bahamas. The distillery is located in the Buena Vista Estate in Downtown Nassau and features 17th-century pirate John Watling’s rum, which is also known as the “Spirit of the Bahamas.” Along with a free tour of the production of rum and the distillery, you’ll also find shopping and the Red Turtle Tavern, which features tasty Bahamian cocktails!

Having a refreshing cocktail made with rum just isn’t the same as it is when you’re in Paradise Island, Bahamas! Join us at Paradise Island Beach Club, where you can lounge next to one of our two heated outdoor pools with a tasty rum-diddly-upcious beverage in hand! What are you waiting for? Book your stay online today or give us a call at 1-800-310-5148.